An extended boat outing can be stressful: navigation, fuel, water, safety preparations, etc. are a lot of variables to keep track of. However, being underway with nothing but horizon and waves in every direction is well worth every second of preparation and struggle.

I recently took a trip to the island of Santa Catalina, an 87-mile trip from San Diego Bay. We left at 3 AM, but getting out of the marina in the dark was the easy part. Going at 8-9 knots, the voyage was around ten hours in total. Ten hours is a long time to pilot a boat, so we took it in shifts, navigating by instruments at night and by the compass and visually once the sun rose. Seeing the sunrise over the waves while San Diego receded in the distance was one of the most beautiful sights I’ve ever had the privilege of witnessing. Dolphins played in our wake, we passed cargo ships and fishing vessels, and finally moored in Avalon Harbor.

A voyage like the one we took is an investment of time, money, and effort. Seeing San Diego fade into the horizon, and Santa Catalina rising up out of the waves was worth every second. 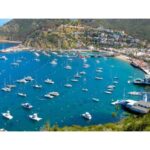 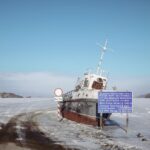 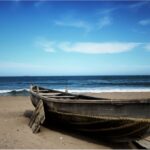 Tips For Maintaining Fiberglass On Your Boat
November 11, 2021admin 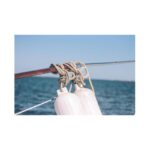